On Friday October 7th Bruno underwent a 2nd operation to remove a lump that had appeared on the site of his amputation. It had grown very quick and was the size of a tennis ball by the time he had his op. The vet seemed unconcerned about it and said it would only be a 20min operation. He recovered quickly and was up and about as normal by Monday 10th. 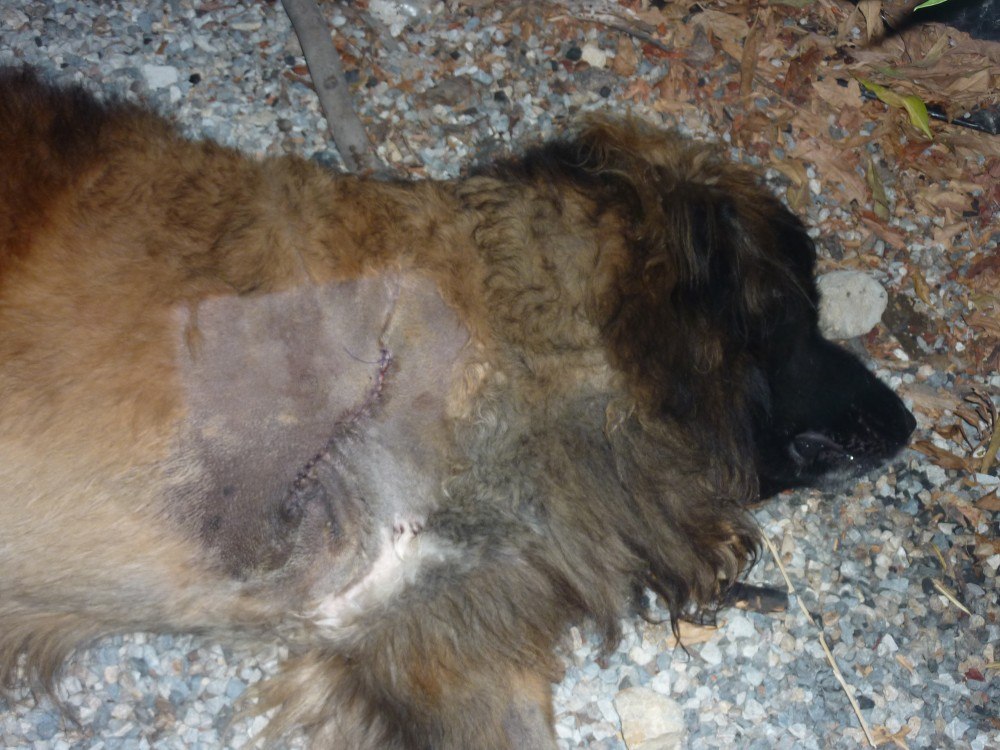 On Wednesday 19th Bruno seemed off colour, nothing to alarm us but because we know our dog we knew something was not quite right but another lump was growing. He had his stitches removed by our local vet. That evening and into Thursday 20th he was in pain and would let out a little cry when he moved. We took him to the hospital having convinced ourselves that maybe he was a little low following his chemo session on 5th.

The results from the biopsy that were taken during the operation came as complete shock to us. The cancer had spread, the chemo had not worked and there was nothing else that could be done. The awful decision to let Bruno go and free him from his pain was made there and then. A heart breaking event that all pet owners go through. 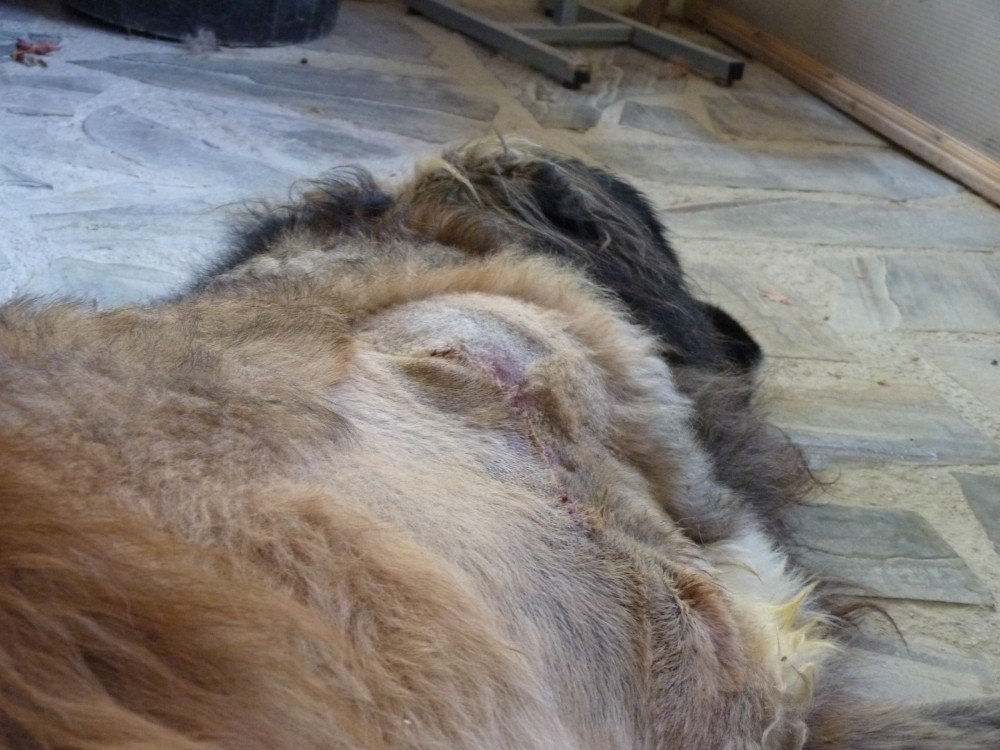 So now the initial shock has gone we are all getting used to life without our big brave gentle Bruno. Its hard and things still have us in tears, like when Khumbu sniffed where Bruno had last laid outside and then lay down in the same place, like when Tapa got a little excited and went to check for Bruno under the table (Brunos favourite place to lay). Khumbu seems very flat today, not the bouncy husky we know, we will keep an eye on him.

The support we have received from all over the world has been incredible. From people who knew him, from people who had never met him but followed the adventures of the dogs on Tails from the Pack and from people who have had dogs with bone cancer and gone through the same agony. We would like to thank everyone of you for your kind words through this tough time. 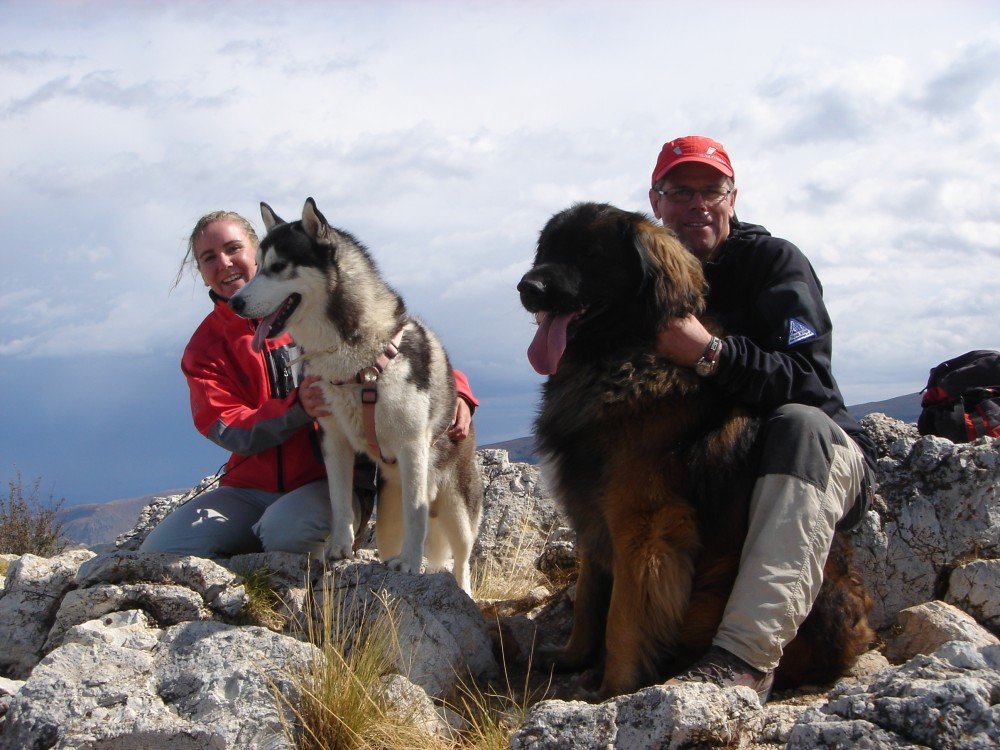 Have you heard of 2 Million Dogs, well read on. The 2 Million Dogs Foundation is committed to discovering the common links between canine and human cancers and the causes of these cancers through comparative oncology research through education and awareness, empowerment and mobilization (such as the Puppy Up! walks) and through investment and research.

Luke Robinson and his two Great Pyrenees, Hudson and Murphy, embarked upon a cross-country walk from Austin, Texas to Boston, Massachusetts inspired by his late dog, Malcolm, and his life and fight with the disease. The walk actually kicked-off a nationwide grassroots movement to bring awareness to the plight of canine cancer. The trio walked from town to town for 826 days, sharing Malcolm’s story and educating people about the disease. While out on the road, Luke had a vision. “If two dogs can walk 2,000 miles for cancer, then why couldn’t we get two million dogs to walk two miles for cancer awareness?” And the 2 Million Dogs foundation was born.

There are no walks in the UK / Europe, if you think you are up for being a walk coordinator / host either leave a message on here or contact the foundation. It would be great if we could get some puppy walks organised and start to make people aware of this disease.

A Husky Life: I am so very very sorry to hear the news about Bruno, I hope you are all doing well. Keeping you in my thoughts. Your friends, A Husky Life.

Ruger: Dear Khumbu, Mumma & I is fery sad that your brother Bruno hafes gone to the Rainbow Bridge. That cancer is a fery bad fing. My Angel sister Neve hafed to git her ear amputated this year in March. She stayed wif us here on Earth for six more weeks, but now she is at Rainbow Bridge too. My hu-mum still haves the watery eyes when she finks about our Angel Neve. We will nefer forget her & wooo will nefer forget Bruno either. Your pal Ruger

FiveSibesMom: Bruno, run free you beautiful boy. We think of you so very often. Sending woos to the Heavens to you, Bruno.

JNTR: We're so sorry for your loss. Thank you for sharing Bruno and the rest of the pack! We lost our Buko to cancer in 2007. Sometimes it hurts just as much now as when he first left us. But mostly we're happy we had our time together. Be free, Bruno! Thinking of you. JNTR

Sherri Painter: We are so sorry for your loss. It is never easy to say goodbye to such a friend. Painter Pack

Khyra and Her Mom: What a great honour and tribute to one furry handsome fella! He's running free now - Hugz&Khysses, Khyra

Stephanie and Balto: what a magnificent creature...such a wonderful life :o)))

Pat Anderson: Kiersten I was a bit reluctant to watch the slideshow, I am such a wuss when it comes to this sort of thing but it actually brought many smiles. Bruno's time here may have been short even in doggy years but what a fantastic one, full of love and adventure . It is those memories that will heal you heart and I know you will never forget him and he will always be with you smiling.

Kari: Rest in peace sweet Bruno Stop on by for a visit Kari http://dogisgodinreverse.com

KB: I know that it has been a long time now since you lost Bruno but I wanted to offer my sympathy. He sounds like he was a gentle and loving soul, and I'm sure that you still miss him. We have both traveled similar paths - the awful osteosarcoma road - and I wish that we could somehow prevent anyone else from having to go through this agony. 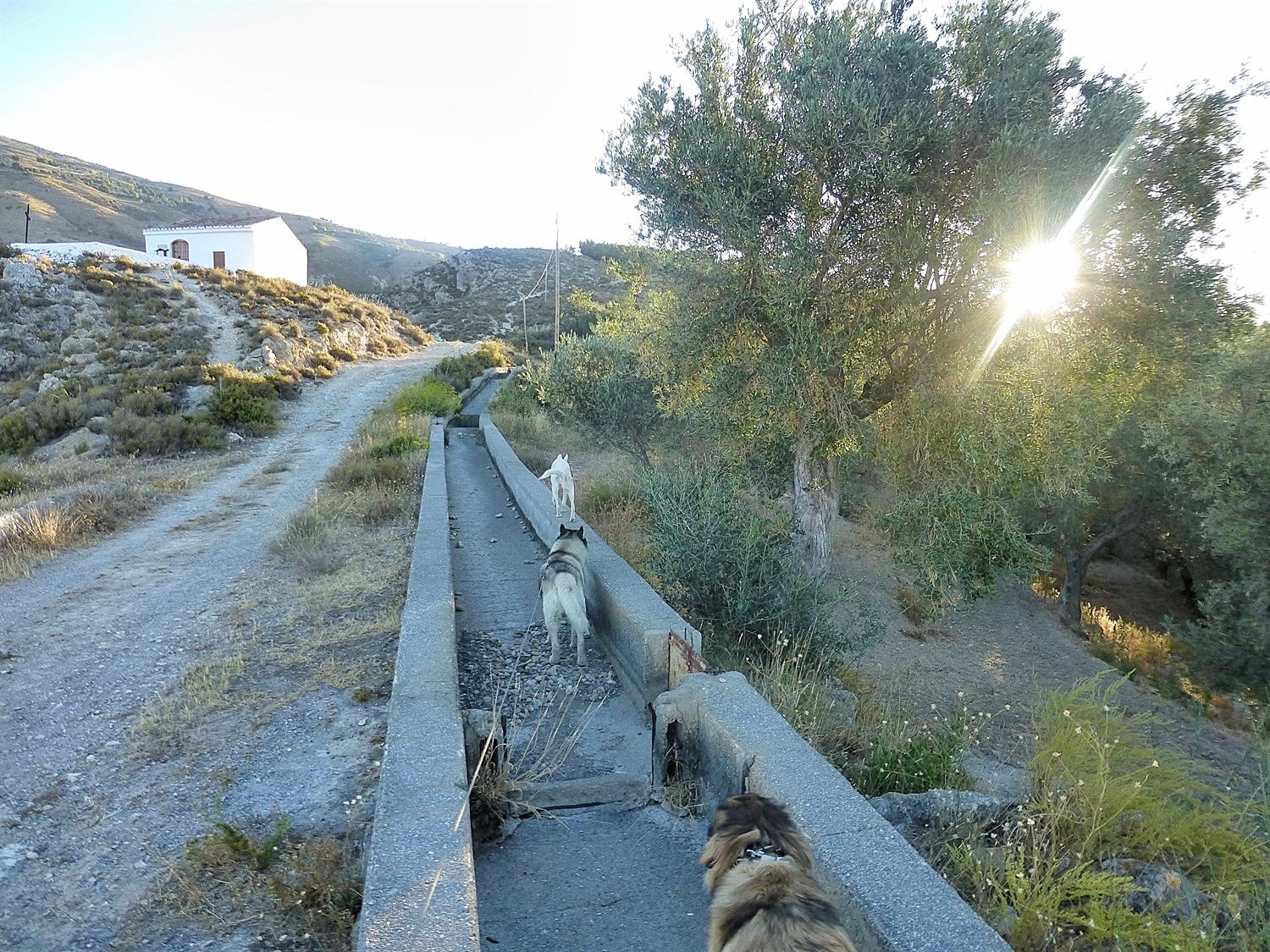 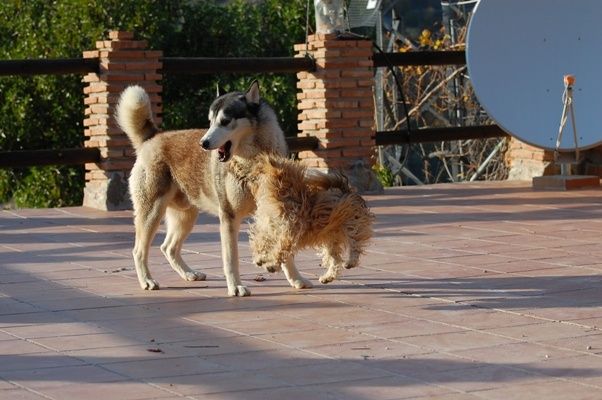 What a Tapa gets up to! 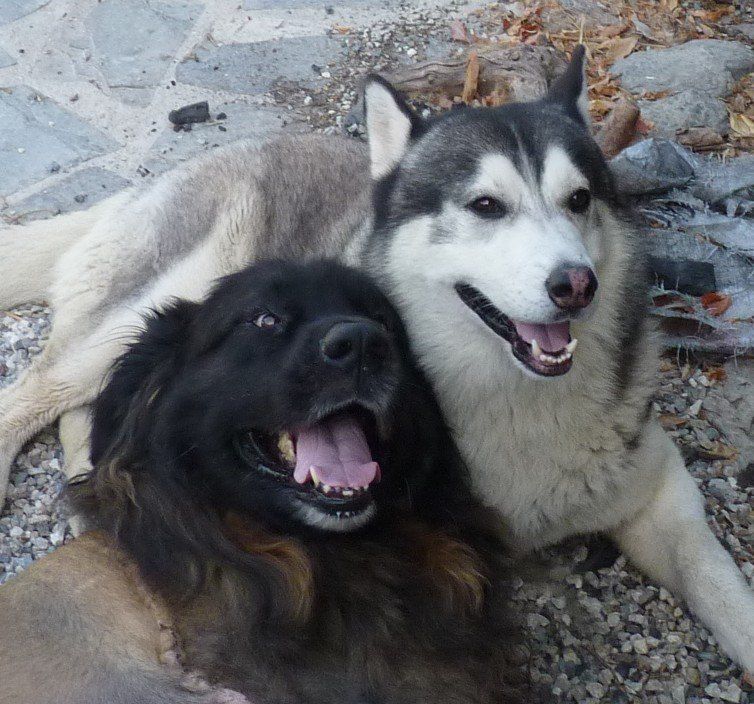